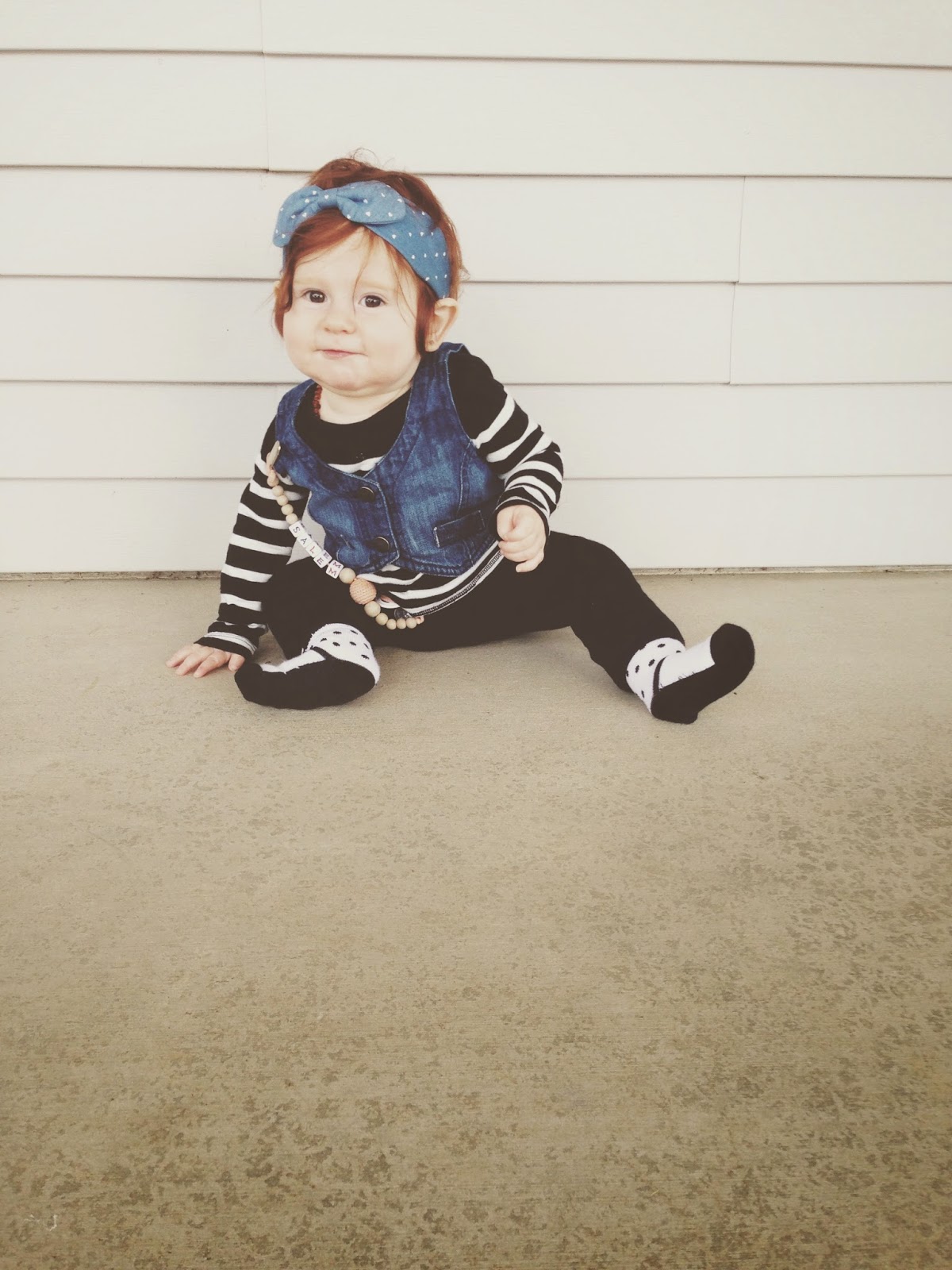 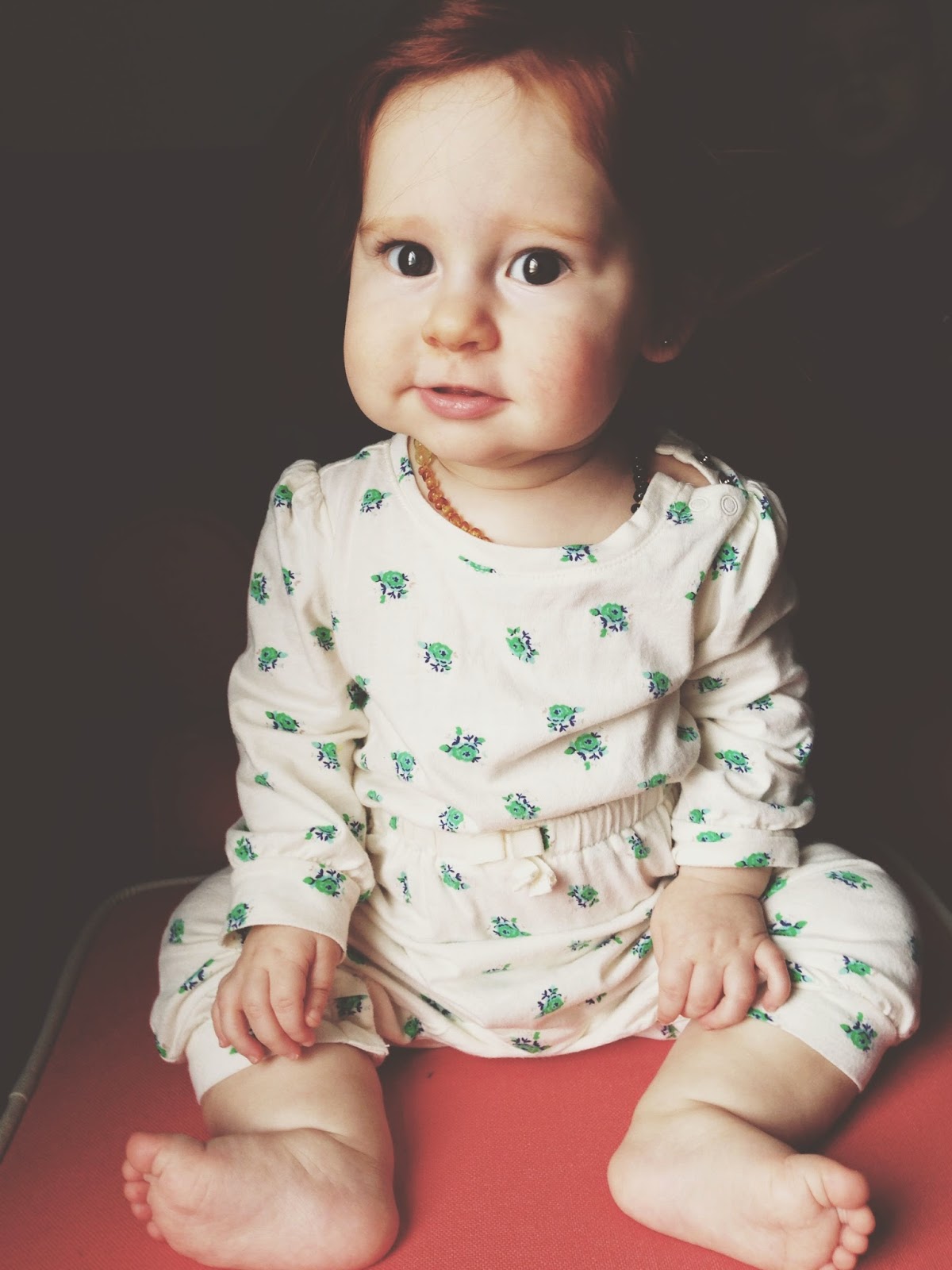 When I was pregnant with her we called her Snow White. It was intentional, but if a sweet little movie called "Frozen" been around before I had the joy of carrying her I am sure we would have nicknamed her Elsa. This lil girl has a roller coast ride of a story. She was an adopted embryo. To be legally correct, she was a donated embryo. We still call it adoption, because we believe she was a created life even during her five frozen years. Once we signed the legal papers, she became ours, she was adopted into our family. We will be forever grateful for the courage her genetic family had as they prayed and surrendered her up to the Lord. For them to trust Him by trusting us with her life.

We look forward to sharing her story with her someday as she grows into who God is shaping her to become. She was born with a head full of dark hair that had a tint of red. Then as she continued to grow, her hair turned more and more red. <---------- that is so amazing! Talk about a creative writer! God writes such incredible details in and through our lives, and she is such an important part of why I have felt so moved to share our story.

Her (abbreviated) Story:
So let's back up to when the fifth babe was still an infant.

A month before George turned one I had a time of reflection over the first year of her life. I felt a deep aching in my heart because it was almost over and I felt such a wave of gratitude because of how incredible it was. I was about to celebrate a first birthday for the first time without the news of another baby. I was excited for that, It had become a milestone for me with infants . To nurse and not conceive!

So as we were rounding the corner to George's birthday, a wave of emotions and stirrings over the plans for our family growth began to resurface. After the twins were born prevention wasn't even on our radar, then once Bets arrived so soon after the twins, the question of what we believed about prevention and what we were planning to do sent me into a pursuit of peace over that decision. I gratefully received direction with that (I will post about that more in depth sometime) and then I got pregnant with George.

What I did know was that I wanted to give God permission to lead us into having more children in our future but I also wanted to surrender my desires to Him. I felt a nudge in my heart that it was time to give the Lord my love of babies over to Him. I didn't want to hope for another baby or plan for another one just because I was a newborn lover. We didn't make any permanent prevention choices after her birth but around her birthday  but we did decide to move on and out of the baby stage. We were going to intervene with open hearts to the Lord.

The week after George's birthday we held a garage sale and sold every baby item that was from 12 months and younger, we were stepping out in faith with that decision. We weren't done having children because weren't willing to have more, we were done because we wanted to make ourselves available to hear from God towards our future.

JR had a few weeks between classes so we planned a spontaneous trip to a water park a few hours away, and we were pretty excited because it was our first family trip. I cried during the drive to our little getaway, I just couldn't believe I was done having babies! I was ok with it all, but it was such a bittersweet ache. I knew I was going to love the joy of raising our clan through their childhood but all I knew was having babies and feeding babies and having more babies. This little trip was a glimpse of the fun memories we could make as a family.

So the day after we arrived to this location during the afternoon hours I took Foz to play on some big kid slides while JR napped with the others. This is where I met the family that we later adopted Say from. I am telling you the spirit of the Lord was in the midst of our encounter. It was crazy, it was a clear connection through similar stories of infertility. This family suffered a hard journey to have children of their own and they cared greatly for the frozen embryo lives they were still responsible for.

Everything about this idea seemed crazy from a worldview perspective but knowing all we surrendered over to the Lord a few months previous, we knew that God was leading our hearts towards pursuit of her life.

After seeking a lot of godly counsel, spending a ton of time in prayer, visiting multiple specialist clinics, and searching for the right legal counsel, we signed the legal papers in August of 2012. We were entrusted with two embryos based on the medical counsel and our decision from prayer. We were willing and excited to stand back and watch what God would do with these two precious embryo lives.

We knew that we could end up with twins, I was a proven commodity (one of the specialist's called me) to that. We were wiling to love and nurture and raise another set of twins. We were also very aware that we could end up with no pregnancy. Whatever the outcome for us was God's story being written. I knew God was stirring me because I didn't love pregnancy but my body was something I was able to let God use to bring life into this world. The thought of being pregnant again was not exciting for me, but the idea of sharing my body for nine months in the grand scheme of eternity, it was worth the cost for her life.

She is now almost a one year old. She has more life wrapped up into her chubby little body than I can even express. I adore her, and she sweetly adores me more. I can't get over her testimony, when I sit and think back to how God has written it all, I am in awe of His personal pursuit that He birthed inside of JR and I for her. We long to someday to see many embryos experience the same gift that Say has been given. A chance to live.