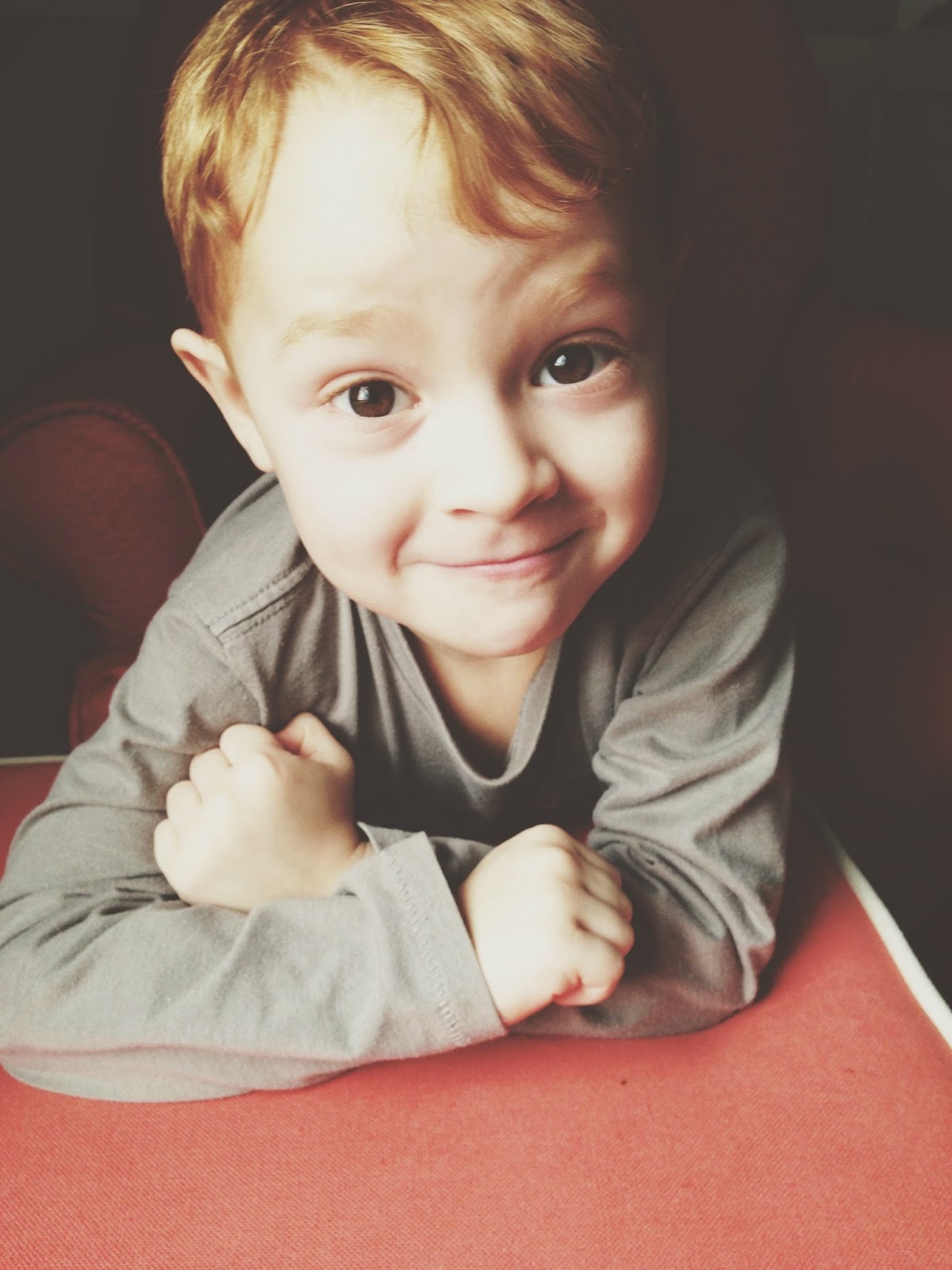 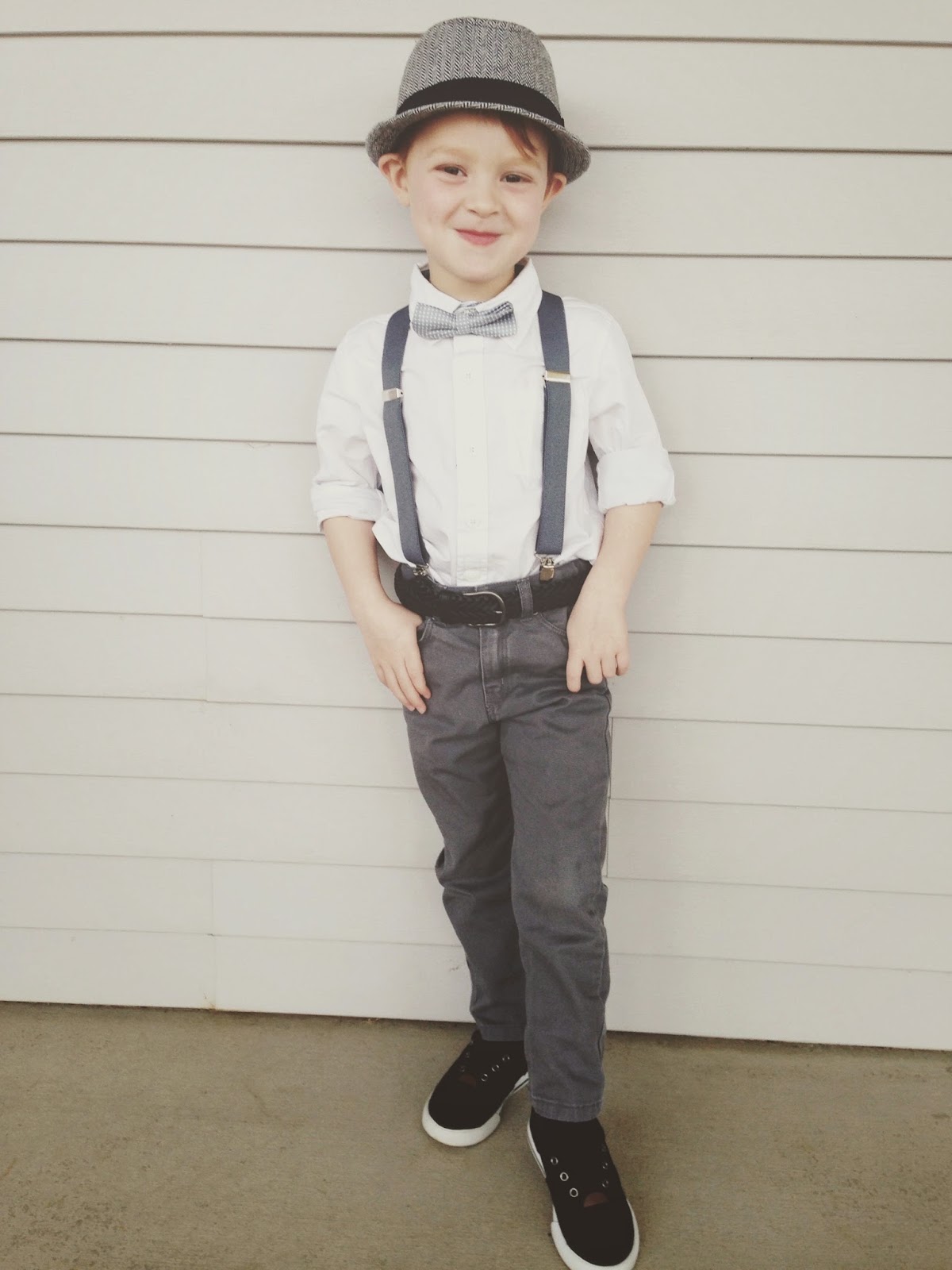 He has treasures stored up in him that God will release someday through him. This kiddo will also be known as Juju. He is twin brother to Poppy. He is filled with laughter and innocence. He has spontaneous hands that punch the air and feet that sometimes just move constantly. Sprinkle some sensitivity on top of his heart and you have this guy. He is five years old and I think he would like to stay that age forever. He doesn't care too much about learning things academically, he's not too in to building things, coloring is a punishment to him and riding a bike without training wheels is never in his future (according to him). He isn't shy, or scared of life. He talks to strangers everywhere we go and his grin is infectious. He has yet to show a resounding passion for any one thing, unless you watch they way he adores his older brother. He loves living creatures and can't wait to own one someday.

He is named after his great grandfather. Hedge & I found out we were having a second son in the 14th week of my twin pregnancy. We had gained so much perspective on the weight of naming a child through our first born that we knew we wanted to decide on a name and begin praying over it as soon as we could. After we found out we were for sure having one more boy (we didn't know what his twin was yet). Hedge knew immediately he wanted to give him a name that meant strong. So his given name represents the strength we wanted to speak over him. When he was a baby the best word to describe him would have been jolly. When he was young toddler he began to be very sensitive (also described as a crier). I had such a conviction to not see his sensitivity as a negative thing and to I asked the Lord to cultivate that sensitivity into compassion for Him. I can't wait to see the Lord give Juju the gift of being a bringer of treasure.

So his story is going to be very similar to Poppy's.
He was a womb hog. He flipped and flopped and swam all over my belly while his tiny twin sister was bent in half in the bottom corner. I was big from like 18 weeks on, I was big and uncomfortable. I went from loving my first pregnancy, to turning on Nemo & Cars at least 22 times a day for Fitz. I was incapable of getting out of bed, I would crawl down my hallway to the bathroom and I gave Fitz snacks all day so I wouldn't have to cook. Carrying twins was hard on me.

So to go back to his story, he was an IVF baby. That doesn't make him less incredible or planned outside of God's design. I have a sonogram of him and Poppy as 7 & 8 cell embryos. They were three days old from conception and they withstood the odds of being formed in a petri dish. They were put into a medical straw, then into a medical "turkey baster thing" then implanted into my womb. He miraculously made it through all those odds. He is living, breathing, laughing and amazing. IVF is hard, emotionally, physically, and mentally on any couple to walk through it. But even in its terribly negative side, life is being created and God is the creator of life. He knew how Jasper would get here and He led us down the road. I am changed because I have been through it.

We had been taking foster care classes in the fall of 2007. I had just gotten through a miscarriage a few months prior and I desired to stop using medicine. I was emotionally spent from it. I wanted to be content with my beautiful child I already had and adopt a child in need. Through numerous moments God spoke to us to continue fighting for our family and to let Him lead us.

You can read about my journey through IVF to get more details, but Jasper and Poppy taught us so much about letting God lead in a season that others didn't agree with, and even when it seems like we were intervening and not trusting God, IVF was a very act of trust for us. This guy and his twin beat some big odds. They were created with 13 other beautiful lives of ours, the others were growing in a way that would have ended in miscarriage, and Jasper & Poppy were struggling without my womb. So they were the best candidates for the transfer. I had to trust God with all those unknowns, and give the details to Him. Jasper gets to encounter Christ on earth and someday be reunited with a party of siblings in heaven that will teach us all a ton about our eternal Father!